The UK patent box was introduced in the Finance Act 2012, effective from 1 April 2013. As part of the Government’s aim to encourage innovation in the UK and ensure the commercialisation of UK IP, a new 10 per cent corporation tax rate has been introduced that applies to patent box profits. This is a significant saving as compared to the standard tax rate of 20 per cent (by 2016). 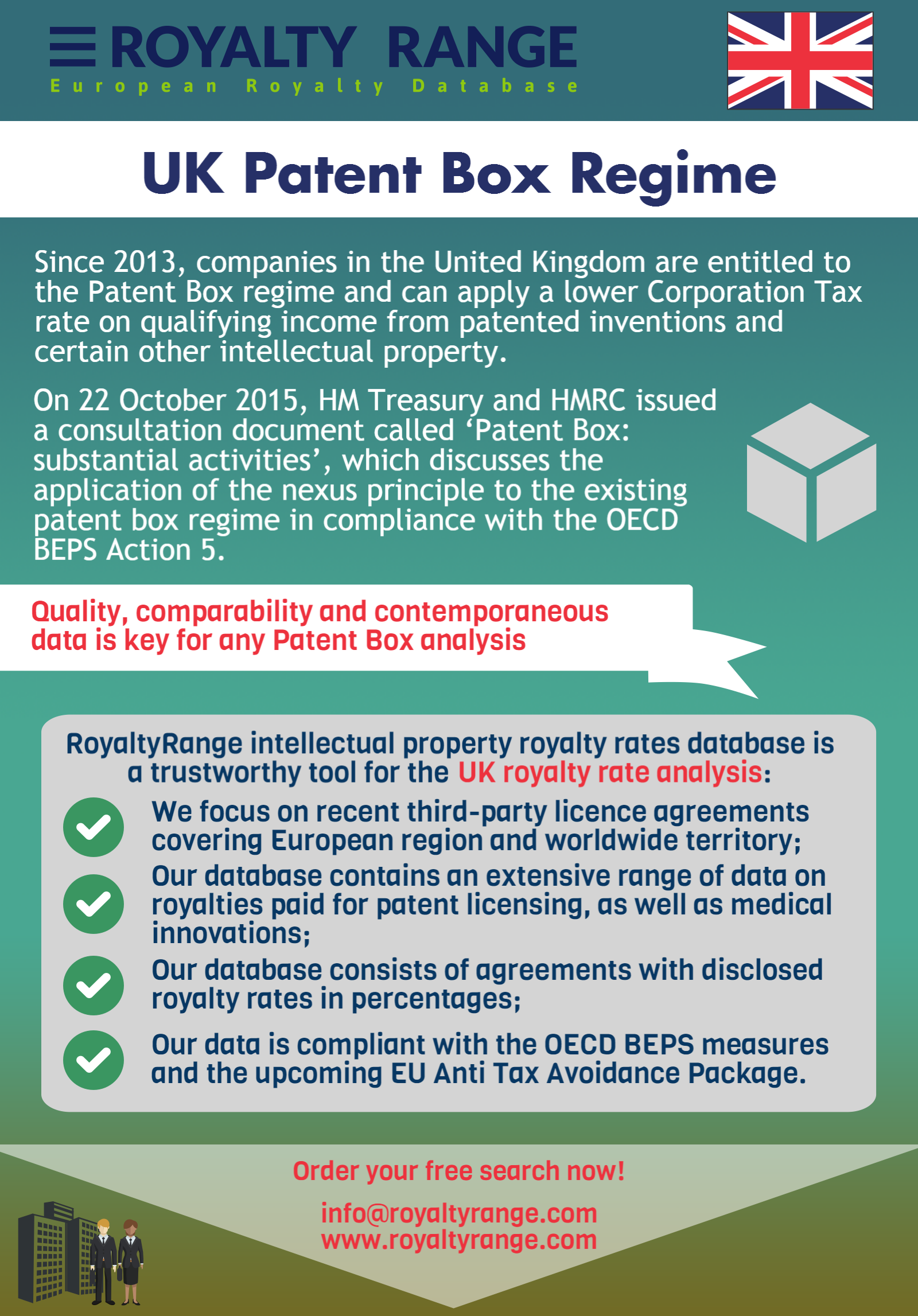 A company qualifies if it owns (or licenses on exclusive terms) qualifying patents and has either created or developed the patented innovation or a product incorporating it. If another entity has carried out this development, the company must be responsible and involved in the decision-making concerning the development and exploitation of the patent.

UK Patent Box applies to patents granted by the UK Intellectual Property Office and the European Patent Office, as well as by certain states within the European Economic Area (EEA). The range of qualifying income is broad and includes royalties and income from the sale of patents that qualify for this regime and also profits from the sales of products that incorporate a patented innovation.

On 22 October 2015, HM Treasury and HMRC issued a consultation document called ‘Patent Box: substantial activities’. This consultation document discusses the application of the nexus principle to the existing patent box regime in compliance with the OECD BEPS Action 5 ’Countering harmful tax practices more effectively, taking into account transparency and substance’. The UK welcomes the work done by OECD to ensure that substantive economic activity is required to be undertaken as a pre-requisite for access to all preferential IP regimes, as is already required under the patent box.

The central point of a new internationally harmonised framework for preferential IP regimes (like the UK’s patent box) is that for a business to gain the benefit of a preferential regime, it should have conducted the substantial activities which generates the income benefiting from that regime. Under the nexus approach, the R&D expenditure would be used as a proxy for substantial activity and therefore would link benefits to the requirement to have undertaken the R&D expenditure incurred to develop the intellectual property.

As a general rule, quality, comparability and contemporaneous data is key for any Patent Box analysis. With regards to this, the RoyaltyRange intellectual property royalty rates database is a trustworthy tool for the UK royalty rate analysis:

RoyaltyRange data and benchmarking studies are extensively used for the Patent Box application purposes. The most efficient and beneficial way to get all relevant comparable data for your patent box analysis is to subscribe for an unlimited database access.