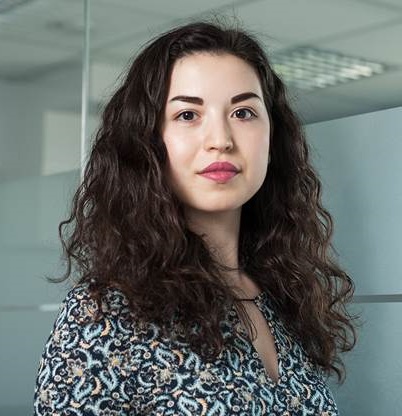 In its simplest form, an ‘intangible’ is something that belongs to a company but is not a physical or financial asset – e.g. intellectual property or organizational know-how. Whenever a company’s intangible assets are used for commercial purposes by another party, a royalty rate has to be paid – a fixed value or a percentage (depending on the license agreement) of the revenue gained through their use. For such transactions, companies need to carry out thorough transfer pricing analyses for the estimation of royalty rates or valuation of intangibles, ensuring that their pricing for related-party transactions is comparable to what it would be if the same transaction were to be made by two or more unrelated parties.

The OECD’s definition of ‘intangibles’

Understanding the exact definition of ‘intangibles’ is important for being able to conduct an effective transfer pricing benchmarking study or ensure a reliable valuation of intangibles. The Organisation for Economic Co-operation and Development (OECD) has provided a clear definition of the term. On October 5th 2015, it published Aligning Transfer Pricing Outcomes with Value Creation – its final reports on Action 8 of the BEPS initiative. The report says the term ‘intangible’ “is intended to address something which is not a physical asset or a financial asset, which is capable of being owned or controlled for use in commercial activities, and whose use or transfer would be compensated had it occurred in a transaction between independent parties in comparable circumstances” (Paragraph 6.6 of Section A).

Action 8 indicates a number of different items that can be characterized as intangibles for transfer pricing. These include: patents; know-how and trade secrets; trademarks, trade names and brands; rights under contracts and government licenses; and goodwill and ongoing concern value. Action 8 also specifies items that cannot be called intangibles when it comes to transfer pricing, such as market-specific qualities (like local purchasing power), group synergies and assembled workforces.

Intangible assets can also be classified into definite and indefinite assets. A great example of an indefinite asset is a company’s brand name. It stays with the company for as long as the company continues its operations. A definite asset, on the other hand, would be any asset acquired through a license agreement – for example, a license to operate under another company’s name for a set period of time without any plans of extending the licensing term.

The OECD highlights the importance of being specific when it comes to identifying intangibles for transfer pricing. It also says analyses should take into account things like the ways intangibles add value to transactions and interact with other intangible and tangible assets – helping to ensure accurate valuation.

The importance of intangible assets

Even though intangible assets do not add any physical value to companies compared to equipment or factories, they are very valuable to the long-term success of companies. For instance, brand recognition plays a huge role in generating sales for multinational companies such as Coca-Cola, Apple and Nike.

A study conducted by France Brevets in 2014 found that startups holding a patent had a 20% higher chance of being successful within 10 years after the VC investment. Patent ownership also has a very strong correlation with success in the software and biotechnology industries. This is why investors are more likely to invest in companies that hold intangible assets.

The value provided by intangible assets has been taken into consideration not only by companies and start-ups but whole countries (e.g. Japan) that choose to protect their intellectual property and have gained some economic benefits in return. According to Bloomberg, Japan’s IP revenue has increased by 74% over the past five years to a record of $40 billion throughout the first 11 months of 2017. This resulted in the protection of intellectual property becoming a part of Prime Minister Shinzō Abe’s long-term growth strategy.

While intangible assets are not taxable themselves, the income generated by them is.

Taking into consideration the growing importance of intangible assets as a source of economic growth and tax revenue, as well as acknowledging the application of income-shifting and transfer pricing strategies by tax payers, various organizations and tax authorities have been designing ways of linking intangible assets to the place they were created.

Section 6.34 of the OECD’s 2017 edition of the Transfer Pricing Guidelines describes a process that multinational corporations use to analyze controlled transactions involving intangibles. This process is called the DEMPE functional analysis and it is used to implement the arm’s length principle, as well as to identify the parties developing, enhancing, maintaining, protecting and exploiting intangibles.

Here at RoyaltyRange, our royalty rates database fully complies with the recommendations of the final Action 8 report under the OECD BEPS initiative. We help organizations access reliable comparables data so that they can value intangibles fairly. To find out more about our database or the role of intangibles in transfer pricing, contact us at RoyaltyRange today.

You can use this text with reference to RoyaltyRange website.